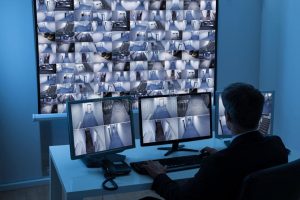 In my coaching activities, I have found that there is one common issue present in virtually all of these folks that leads to what I refer to as the 3 Ps:

What is this roadblock?

CONTROL – it seems that most want too much control over many aspects of their business and other affairs. Often referred to as micromanagers

Almost always, they see others performing certain tasks and their first thought is that they could do it better, faster etc.

This leads to micromanaging, a desire to control too many things. This results in

The Need for Control

Unfortunately, this need for control usually carries over to other parts of their life.

They want to be the writer and director of the play that is going on in their daily lives.

But because they cannot control so many things, they lose focus and momentum. Then people resist and the results almost NEVER turn out exactly the way THEY think it should or the way THEY would do it.

Since things are not meeting their expectation, this, in turn, leads to toxic emotions like frustration, which can lead to anger and resentment.

And people DO NOT like to be controlled. Like a dog resisting when you pull their leash. And since people are one of any firm’s most important assets, you need to set the stage for them to succeed and not control them.

Breaking this habit of control is the single biggest breakthrough I have witnessed in business owners that I have coached.

After I point out this issue and the negative consequences outlined above, they are ready to get out of that rut.

They are ready to work ON the business, not IN all the details.

They reaffirm what they already know – they should use their time on the highest and best use instead of the minutia that comes from micromanaging – in ALL of their affairs.

But habits are hard to break, so I recommend a process that they repeat over and over until they form a new better habit of “LETTING GO”.

A good but simple example is traffic.

Instead of tensing up and/or shouting, pause and read/think about the serenity prayer

God grant me the serenity to accept the things I cannot change;

Courage to change the things I can.

And the wisdom to know the difference

I have seen this work with many people, myself included.

Their state of calm and peace of mind is immediately apparent and rewarding to them, their coworkers, their family, and friends.

Of course, vastly improved results naturally follow from such freedom. .

Do everyone a HUGE favor, let go of the reins and let the world go around.

Note – This article was written by Howard Rambin, of the MoodyRambin Company. He is a Silver Fox Advisor and is available for consultation, advising, and mentoring.