I work with a lot of CEO’s and a common trait is the desire to grow their company. Instead of reviewing how to grow, I thought I’d highlight some approaches that DON’T WORK!

I was leading a CEO peer group when I heard a CEO say the solution was easy, “Just hire more sales people”.

If it was ONLY that easy.

Increasing revenue must come from an expanding market, new product or service, new form of lead generation, etc. Simply adding to your sales force will not ensure increased revenue.

Build it and they will come

This is not a baseball field.

Don’t build something new and hope.

I’ve heard owners say “we’ve got to grow and you’ve got to work harder”….as the CEO departed for happy hour.

How you grow is the responsibility of the owner/CEO and leadership team. Be very careful when you ask team members to work harder. That’s rarely the right answer.

There are LOTS of gimmicks out there. People will promise leads through Google, Facebook, LinkedIn, etc. by hiring them. Don’t fall for it. If it sounds too good to be true, it usually is.

Can you generate leads via social media? Absolutely. It should be part of your growth strategy, depending on the industry you’re in.

If you’re unsure how, hire a reputable advisor to help you better understand how it works and to make recommendations.

Most small business owners are entrepreneurs that get excited by trying new things. Unfortunately, many put their best and brightest on the new “project” while impacting the ongoing, bill-paying operations.

Consider developing a market research team of 2-3 people. Let them do the research and come back to you with a plan.

This doesn’t mean you don’t pivot when the market changes. A smart CEO always looks forward. Just don’t chase an idea without applying a process and logic to the approach.

We could probably come up with another 100 items a small business CEO shouldn’t do to grow their company. If you have additional ideas, send me a note at rhall@silverfox.org. 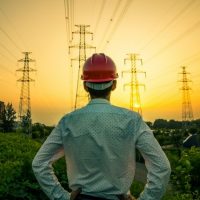 As the Russia/Ukraine war escalates, oil and gas are really back in the spotlight. The rise in our gasoline prices largely driven by national policy to reduce the use of fossil fuels is now being exacerbated by the ramifications of this Russia/Ukraine conflict on worldwide oil prices. I had mentioned this in my recent blog … 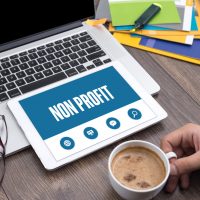 Most non-profit organizations’ fundraising struggled in 2020 and 2021 as the Covid 19 economic shutdown forced in-person donor and financial supporter functions to be greatly limited in size and scope or even canceled. Some organizations moved to computer-generated fund-raising events but these events were not as successful in raising money as the more face-to-face get-togethers had been. In addition, many businesses struggled financially just to get their employees paid and their doors open, thus having monies for support to charitable organizations and causes was and is simply just not there.

Further, in Houston, Texas the oil bust of 2020 caused many large companies that operate in the energy sector to limit or completely do away with charitable contributions.

Even prior to these 2020 events there had been a “Trust Crisis” developing regarding non-profit organizations. Ben Gose, a contributor to the Chronicle of Philanthropy, addressed this topic in an article he wrote that was published in the Chronicle’s January 7, 2020 newsletter. This article is very enlightening and worth reading.

With all this being said, there were also several very emotional political causes being promoted in this time frame, and many corporations began making contributions to certain groups and causes to show their stakeholders and customers that they are good corporate citizens and are providing support to these groups and causes.

On the Foundation giving side of fundraising, the story was somewhat different in that the stock market provided many Foundations that support non-profit and charitable organizations, increases in their corpora, thus enabling them to have the funds available to make contributions; however, these Foundations are getting more requests than ever before.

Further, Foundations have refined their requirements and giving criteria such that the request process has gotten more detailed and lengthier with committees and/or staff having to evaluate requests more thoroughly and provide the Board with very specific recommendations. Most Foundations today require at a minimum that organizations seeking funding have audited financial statements, which is an added cost burden on these charitable and non-profit organizations. Most Foundations will also check with Guide Star/Candid(1) to see if the organization has filed all the necessary organizational documents, like financial statements and 990 Tax Returns with Guide Star/Candid.

Richard Hendee/Horizon Associates, Inc. has been working with and assisting non-profit organizations for years. Further, Mr. Hendee has started several non-profits and has sat on numerous non-profit organization boards. He never agrees to serve on any non-profit board if that organization doesn’t have Director and Officers (D & O) Insurance coverage. In today’s litigious environment legal action of some kind is, unfortunately, a given. Even if the organization did everything right and by the book, if a suit is brought against the organization, typically the Directors and Officers are included in the suit, and the expense of hiring an attorney to defend being right can get really costly, an expense most individuals do not want to risk their personal assets for. Having D & O insurance coverage is a must for any non-profit.

Here are some other key recommendations: 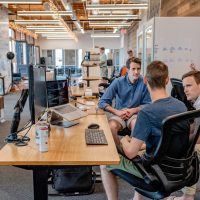 Small business has a significant role in the economy. Owners and entrepreneurs create jobs, provide goods and services, and serve special niches that help round out our economic vitality. The health and well-being of small businesses is a critical element of our culture.

Let’s discuss this in more detail. This blog is a little “academic” to drive home the importance of entrepreneurs and small businesses to our economic progress.

Without the renewal that entrepreneurs and small businesses provide, economic stagnation will eventually result.

Capitalism provides the incentives for entrepreneurs and small businesses to bring about this renewal process.

Back in the 1700s, the industrial revolution fueled the rise of capitalism and the eventual demise of European feudal systems.  The key driver was machine technology that transformed the way society functioned from transportation, to agricultural production, to consumable and hard goods production, etc.

Fortuitously, Adam Smith recognized that underpinning the freedom to pursue one’s self-interest in a capitalistic system overall delivers the best possible social outcomes through his concept of “an invisible hand.”

A main ingredient for a productive society is also having rules of law that facilitate interactions within the economic and societal eco-system.  These rules need to fit the evolution of economic entities.

When entities like Standard Oil grew so enormous to have monopoly power on petroleum markets then anti-trust rules were enacted.  Boundaries were put on this economic freedom.

Now living systems including economic entities follow S shape curves where there is a slower early learning period followed by steep growth which eventually slows and ultimately takes a downturn and dies.

What happens in economic entities causing them to die or be absorbed into another entity?

One reason is the natural competitive process that occurs in a capitalistic system.  Another reason results from the also natural bureaucratic growth where over time entities shift their focus to internal structures becoming more rigid in their ideas rather than learning the evolving dynamics in the external market landscape.

We often hear of Adam Smith’s invisible hand, but the other characteristic that makes capitalism such a strong economic system was described by Joseph Schumpeter “Theory of Economic Development.”

Thus, entrepreneurs disrupt through innovation the “circular flow” of entrenched bureaucratic entities following their routines. Schumpeter was a product of the great depression and the massive economic downturn.

He felt that ultimately capitalism would self-destruct as the political strata become dominated by those undermining the capitalistic framework of renewal.  His view was that socialism would be the ultimate successor.

Pace of change is accelerating

My view is that Schumpeter did not recognize that the pace of change would continue to increase.  The information revolution is just another form of the industrial revolution where technology revolutionizes information to being both global and individual at the same time.

This has also enabled a discontinuity in the delivery of goods through the Amazon’s of this world. The nanotech or bio-tech revolution through advances in technology is making the change much more chaotic.  We find the very foundations of our beliefs in how the world works being reworked.

Dominant entities are moving up the S curve much more rapidly as change accelerates the dominance shifts with the emergence of new concepts and technologies.  In the information revolution, IBM was the early dominant player. Their foray was more in the industrial form with its emphasis on hardware. They were dethroned by the software side through Microsoft. who has now lost its preeminence to Google and its follow-ons that have shifted the focus of information power and flow directly to the consumer.

The accelerating and chaotic pace of change will only enhance the renewal process under capitalism. On occasion, there will need to be interventions with tools such as anti-trust should the dominance of some entities become too great in their marketplace.

This dominance can occur quite quickly and political systems which are more bureaucratic will have difficulty in adjusting.  Nevertheless, the ongoing technological developments will transform the dynamics over time.

With socialism, the means of production, distribution, and exchange are owned or highly regulated by the community (i.e. government) not by private individuals. This spreads the economic wealth through political intervention and further enhances the bureaucratic nature of the political and economic systems stifling the renewal process.

This is a backdrop to the importance of the entrepreneur within a capitalistic system that drives our economic growth.  Here in the United States, small business added almost 2 million new jobs in 2018.

At that time there were about 30 million small businesses accounting for not quite half the private employment of the United States.  Small businesses truly are the economic engine of our economy of this the largest economy in the world.

Thus, a fundamental question is how can we help small businesses accelerate their growth and avoid a premature death on their S curve? In this world of accelerating change, understanding the growth stages of a small business is exceedingly helpful for the entrepreneur hoping to become a successful enterprise.

If I have your interest, come back to future blogs that describe my four-stage growth model.  It should add greatly to your understanding of the key elements in the different stages of growth for small businesses.