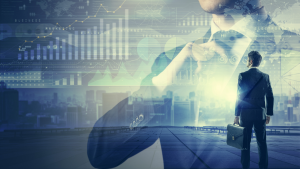 Ignore your character at your own leadership peril.

Over multiple decades, research studies on character and its derivate corollaries such as authentic leadership, emotional IQ, ethics and so forth find character to be core to leadership success. Many find it to be the most important leadership ingredient.

Some authors have coined the term Character Based Leadership. In this blog I want to stick with the richness and power of the word character originating all the way back to the Greeks.

Aristotle advocated that character develops over time as one acquires habits and behaviors from parents and community, first through reward and punishment. In other words, he thought it was a learned behavior.

In my blog on the People Side of Leadership, I advocated that Character Matters, but we did not go in depth.

What then is character all about?

Do not look to me to give you a precise definition of character as like many concepts there is no such consensus in the leadership literature, and I would be just adding another derivation.

One of the reasons for this difficulty is character arises from the perception of others viewing you.  That can be summed up as whether they trust you.

Where variations arise is in the behavior that you exhibit that builds the trust. There are many perspectives and qualities advocated by various authors which tells you there are challenges in building trust with others.

What got me to write this blog was a shocking study on chimpanzees that I came across in none other than Lawrence Freedman’s book on Strategy A History.

He starts the evolution of strategy with a view that deception is one of the hallmarks of strategy “across time and space.” (p. 3)

He references studies on chimpanzees finding that “Deception also turned out to be a vital strategic quality.” (p. 5)

The takeaway for me is that in intelligent species, deception is used naturally to gain power over others, not surprising in a world of survival.

However, deception does not build trust.

Deception is essentially lying. One can consider honesty largely the opposite of deception.

Honesty and its corollary integrity are almost always a part of describing character.

Whether there are aspects of honesty that are innate is secondary for building your character.

Most argue that honesty can be enhanced by repetition and imitation.

I watch my grandchildren respond to the who did it question. There is always a lot of finger pointing.  It takes repeated effort of reinforcing always tell the truth and rewarding that behavior to see progress.

Friedman in Strategy a History describes coalitions as another fundamental strategy across time and space.

Societies also flourish when there are coalitions to enable what individuals cannot do on their own.

Forming coalitions is almost impossible without some trust.

So, there are natural incentives towards honest behavior which has been valued since ancient societies.

Obviously, there are fragilities in coalitions as circumstances change.

Embedded in our culture are societal values which also form a basis for trusting the other person.

For much of man’s history, survival has been the main driving force.

In this modern world, we have stepped up a hierarchy of needs as Maslow would say.

Social and ego needs predominate bringing on more complexity in our interactions with one another.

There is not always a common agenda or perception of what is correct behavior given the diversity of backgrounds, beliefs, and needs.

On some issues such as killing another individual, society almost always condemns that behavior. However, when it comes to punishing the killer, there are a diversity of views.

And so it goes across the spectrum of social mores.

Within our society, coalitions form with strong advocacy on what is “right” or acceptable behavior proclaiming the moral high ground. It goes well beyond political ideologies.

Thus, your character is judged via different coalitions of societal values which makes it difficult for a leader on how to behave in this complexity.

For some people, your behaviors may be deemed virtuous and of strong character while others consider you entirely untrustworthy and not to be followed.

How then do you build your leadership character in today’s complex world?

I always recommend that you be open with others about what drives your behavior.  Let people know your guiding principles.  Then they know what to expect which helps build trust.

One that I advocate is “Do unto other as you would have them do unto you”, the Golden Rule.  It only makes sense that this elevates your behavior to a common ground.

I think there is also common sense in avoiding deception.  Be honest. People can count on you doing what you say you will do.

I was part of a small start-up company in which two of the partners were conniving and deceitful to myself and the other partner.  Even though I was the CEO, I got out of there as quickly as possible when the dishonesty became evident as did my other partner.  They made millions but I have no regrets as I sleep well at night being true to myself.

You need to be clear on your relations with others to help build your character.

One of my guiding principles is I will trust you until you prove me wrong, then we part ways or find a way for you to rebuild the trust.

To establish these guiding principles, you need to know yourself, particularly your values.

When teaching Strategic Leadership to MBA students at the University of Houston, I was surprised at how many students were not able to articulate their values.  If you are flipping from one value to another, that can appear as deception to those trying to follow you.

My blog on Your Leadership Personal Profile should help you articulate what drives you along with your values and beliefs.

You need to be true to yourself as advocated in Authentic Leadership. For me, this line of thinking provides another perspective on building character.

A shortcut is Bill George, Andrew McLean, and Nick Craig’s book on Finding Your True North A Personal Guide. This guide provides another learning vehicle for you to build a strong character.

In the guide, they provide a concise description of Authentic Leadership as follows:

“To be an authentic leader requires you to be genuine and to have a passion for your purpose, you must practice your values, lead with your heart, develop connected relationships, and have the self-discipline to get results.  You must stay on course of your True North in the face of the most severe challenges, pressures, and seductions.” (p. xxi)

It is hard for people to trust you if they can’t relate to you.

Daniel Goleman provides great insight on interpersonal relationships in his book Emotional Intelligence Why It Can Matter More Than IQ.

He says, “There is an old-fashioned word for the body of skills that emotional intelligence represents; character.” (p. 285)

I think the Oxford Dictionary sums up Emotional IQ best with “The capacity to be aware of, control, and express one’s emotions, and to handle interpersonal relationships judiciously and empathetically. Emotional intelligence is the key to both personal and professional success.”

Besides the tenets of self-awareness, self-regulation, and self-motivation, I think empathy is the key in building trusting relationships. Empathy creates a bond of respect. The relationship becomes more than just about you and your feelings.

The good news is emotional intelligence can be learned.

There are Emotional IQ tests. If your score is low, then it will be well worth your while to put in the effort to improve it.

One way is Emotional Intelligence workshops.  Another is to work with a mentor.

From my previous blogs, you know that leaders quite simply have followers.

For people to follow you, they must trust you.

Everything we have just discussed about character comes into play in forming that trust.

But they also must feel the direction is warranted and that you will be able to successfully lead them down that journey.

You saw that in Authentic Leadership that you must have the self-discipline to get results.

Follower’s trust also gets into many other dimensions of leadership including visioning, collaboration, competencies, and on and on.

For example, in Peter Rea and Alan Kolp’s book Leading with Integrity: Character Based Leadership written in 2005, they talk about the virtues of character, competence, courage, faith, justice, leadership and corporate responsibility, prudence, temperance, love, hope, and worthiness.

Bottom line, when you take an action or exhibit a behavior, ask yourself the question will my people trust me more or less?

Without the trust, your leadership is in peril.

You might ask yourself by following my “True North” sounds like I am building rigidities in this fast-paced chaotic world?  Without my willingness to change and adapt, how can I or my company expect to be successful?

This is the key challenge every leader faces in this rapidly changing chaotic world. In my blog on leadership agility, I introduced you to the concept of core and edge developed by Lee, Hecht and Harrison. My Silver Fox Advisor colleague Doug Thorpe further developed their concepts.

Thorpe in his article Leaders: There is a new way to Understand Change eloquently describes core as “not limited to values and beliefs but has much to do with that.  Understanding your own core can help define purpose.  Core helps to understand the power of harnessing your mind’s attention and your hearts affection.”

He goes on to describe Edge. “As you face new challenges or get pushed into unfamiliar circumstances, you are walking on the Edge. The edge is where everything we don’t know lives. New ideas, new technology, new programs, business growth initiatives, all are edge things.”

So how does one manage the space between Core and Edge?

As Thorpe aptly says, “Agility is the special ability to move from core to edge and back again without losing all sense of balance or security.”

Be conscious of your space between core and edge as circumstances change; take time to develop your leadership agility.

It is exceedingly difficult to get everyone on board on your leadership direction, especially when change is involved.

On the Edge, there is organizational strength through diverse ideas and opinions.

Otherwise, the common trust cannot be developed to build a strong successful coalition.

Enron had the four corporate values of respect, integrity, communication, and excellence.

All decent values, but they failed to live by them.

Enron ended up as one of the biggest corporate bankruptcies in American history right here in Houston, Texas.

But more than that, they showcased what the moral failure of senior leadership can do to devastatingly impact many lives.

Your leadership character must ensure your company lives by its core values particularly in difficult times which inevitably occur.

In conclusion, a quote from Helen Keller seems apropos, although blind she had great foresight.
“Character cannot be developed in ease and quiet. Only through experience of trial and suffering can the soul be strengthened, vision cleared, ambition inspired, and success achieved.”

It will be worth your while to work to build your character and gain more trust in yourself.