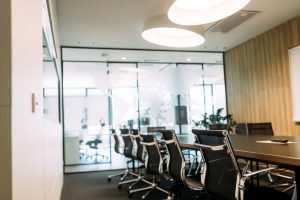 A Silver Fox Advisor had been mentoring for about a year. The new Client was in the commercial interior build-out business.

For three years, the Company:

In spite of the noted weaknesses, the Company more than doubled to $17 million the next year. Management then chose to target $35 done in the third year to maintain the momentum.

Since the Company was already stretched thin it was at this point that the Silver Fox Advisor began talking about the Company acquiring or merging with another Company that could shore up the thinly stretched areas, thus allowing the Client to concentrate on sales, where it excelled.

A former employee had started a competitive construction firm and was doing extremely well with annual sales of about $40 million and strong profits. The Owners admired and respected each other and believed that the combined Companies would be a good, synergistic fit. They were. Nevertheless, they expressed a full list of integration problems in bringing the two cultures together.

The Companies’ sales and profits; however, never showed a problem. This year they will do some $150 million-plus in revenues and the cultures have now merged very well. The Owners are making money and having fun.

Lest it sound like the Silver Fox Advisor played the only key role in this success, it must be emphasized:

That as a Mentor, the Silver Fox Advisor only coached and cheered. It took winning players and their hard work to make the coach look good.