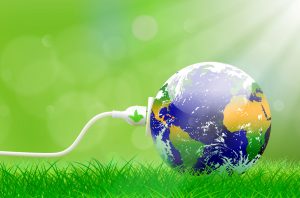 Every time there is a severe weather event like Hurricane Ida, it is blamed on global warming labeled climate change.  One would think we never had bad weather in the past.

Actually, Hurricane Camille in 1969 had the highest wind speed at landfall at an estimated 190 mph when it hit the Mississippi coast.

Don’t get me wrong.  The data is very clear that the earth is warming.  And an increase in carbon dioxide has been one of the major factors with our use of fossil fuels to provide us energy.

Not surprising, there are organizations like Bad Carbon that want to keep all the “fossils” in the ground.  On a more balanced side, the Paris Accord is all about limiting the rise in temperature through limiting greenhouse emissions (GHG).

In 2018, the Intergovernmental Panel on Climate Change advocated global GHG needed to fall to zero within the next three decades.  A number of nations and major companies have set targets to reach net-zero by 2050; in other words, balancing any emissions by absorbing an equivalent amount from the atmosphere.

There is no doubt renewable energy has some distinct advantages with their lack of carbon dioxide generation. But to be brutally honest, back then we had a hard time seeing renewables as a total substitute for fossil fuels.

We were actually quite proud of the wind electricity generation in West Texas.  The Lone Star State has for some time been the biggest wind producer of electricity in the United States.  Iowa is a distant second.

We were even successful at the GHP in getting Vestas, a wind turbine manufacturer, to set up an office in Houston.

Wind is not a cure all.

The biggest issue with wind is its intermittency as you may know.  The wind is not always blowing, and it blows stronger at night than in the day when the power is most needed.

That raises the need for the ability to store power or to offset when the wind is not blowing with another energy source.

Natural gas combined cycle power plants have been a good solution with quick start-up capabilities and with an abundant new supply source from shale gas. And thankfully there are significant advances in energy storage, but more technological advances are needed.

The other big issue is location.  West Texas, as an example, is not a high population center.  That means you need to build transmission lines to major population centers like Houston, Dallas-Fort Worth, Austin, and San Antonio.  Texas has done that spending some $7 billion which has supported West Texas wind renewable developments.

It’s not that straight forward across the country.  The stronger wind capability goes up the middle of the United States.  That is why Iowa, Oklahoma, Kansas, Illinois, Minnesota, Colorado, and North Dakota are in the top ten list of wind power generation.  Unfortunately, many of the big population centers are on the east and west coast.

Besides building the required transmission lines as Texas has done, there is also a loss of power from the transmission.  With the networks in place from the 2015 to 2019, the EIA estimated a 5% loss in transmission for wind.

Like any source of energy, there are various specific issues. Big wind turbines are not what everyone wants to see, visual pollution. These giant blades spinning up to 180 mph are estimated to kill a half-million birds a year according to the US Fish and Wildlife Service

The case for Solar

Solar sounds very promising with the energy radiating from the sun.  Capturing that energy has always been one of the key technology challenges. The most efficient solar cells approach 30%, but solar panels are generally in the 20 % efficiency range.

Thus, a solar farm of 1 megawatt powers around 200 homes and can take 4 to 5 acres in geographical space requirements.  For solar to power the electricity needs of the United States, Vivint.solar estimates that requires roughly 14,000,000 acres or 22,000 square miles about the size of the Mojave desert.  That is a lot of land.

One of the largest utility sized solar farms in the world is in India covering 14,000 acres generating 2,245 megawatts.  In comparison, Egypt built a natural gas combined cycle power plant in 2018 with a total of 14.4 gigawatts of power generation with 12 power blocks each having 1,200 megawatts of capacity. It supplies up to 40 million people with reliable energy.

Like wind, intermittency is a big issue for solar. There is no generation at night which varies by the seasons depending on location.  Time of day also makes a difference. Cloud cover during the day is a real impediment as well. Thus, energy storage is again key with this intermittency.

The sunbelt makes the most sense for solar. Thus, like wind, the high potential solar locations do not always match up to population centers in the United States. Here in Texas, the best solar capability is also in West Texas away from the population centers.  Cloudy days here in Houston are not helpful for solar.

One attractive feature of solar comes from its flexibility to be installed on rooftops. Solar panels on roofs have been around for about 40 years now reaching over 2 million installations in the United States. The pace of installations has increased significantly these last several years. I’ve seen estimates that by 2024, 2.5 percent of residential homes in the United States will have solar panels.  Why not more?  There are many factors that come into play beyond location, costs, and financing, such as roof size, shading, tilt, construction, grid hook-up, local/federal incentives, rentals, and so forth.

The big question remains how much electricity generation can wind and solar provide that will satisfy consumer needs?

Today, together these two renewables provide only about 5% of the energy consumed in the United States. The technical practicality seems more challenging as developers have already pursued some of the best locations for solar and wind farms.

To really address carbon dioxide emissions, then electric-powered vehicles are important of course.  That has another set of issues that need to be overcome beyond generating electricity such as charging stations across the country.

Those developing plans to achieve net-zero emissions by 2050 foresee trillions of dollars of investment.  Money that could be spent elsewhere more productively if the concerns were not so great.

Thus, the really big question is the consequences of climate change.  How catastrophic will it be for mankind?

Since the 1960s, there have been many doomsday predictions from climate change; however, none to date have materialized.  From another angle, if you look at the National Weather Service data on weather-related deaths here in the United States, there is nothing to be alarmed on trends towards doomsday. All this raises questions on how much do we really know about the consequences?

To step back for a moment, how did I decide to write this blog?

I was contacted by the IPAA’s (Independent Petroleum Association of America) leader for the Energy Workforce Energy Education Center. She wanted me to do a video presentation on Energy Economics and Geopolitics for the students in the high school petroleum academies having done similar presentations over a decade ago.

I wanted to get myself more current on the state of affairs with climate change.

Using the faithful internet, my searches found many websites that seemed rather biased and lacking detail but making large generalizations.

After searching for more detail, to my surprise some people who explored the data were debating the catastrophic consequences based on the data as opposed to any biased opinions.

I particularly found interesting Steven Koonin’s book published this year entitled Unsettled.  What climate science tells us, what it doesn’t, and why it matters.

What got my attention was his background serving as the Undersecretary for Science in the US Department of Energy under President Obama along with numerous other impressive roles.

Initially, a strong advocate, over time Koonin has examined the data from assessment reports and studies, and now raises some serious questions.

He states in his book, “It’s clear that media, politicians, and often the assessment reports themselves blatantly misrepresent what the science says about climate and catastrophes.”

Koonin is not a denier.  He outlines our global warming and the impact of carbon dioxide.

For him, the key question centers not on whether warming is occurring but on the catastrophic impact projected. Thus, he specifically addresses my question on the consequences of climate change.

A big learning for me, Koonin points out the climate and weather are quite different. Weather bounces around from day to day.  Climate has a long horizon of 10 to 30 years and more.

He explains you should not use any one weather event to diagnose climate change and complains this is done so often in the press misguiding the public.

Koonin goes into reasonable depth on key assessment reports and in each case raises good issues about their implications.

What about the long term?

You also hear a lot about rising sea levels which is often represented as potentially catastrophic.  After his careful look at the data, he concludes that we are contributing to sea level rise, but scant evidence it is significant much less disastrous.

Nevertheless, the big concern is not just today but directed towards the future if we keep emitting high levels of CO2 emissions.

To project the future, computer climate simulation models are used with a scientific aura of validity.

Koonin is well versed in modeling and able to explain how these simulation models work.

They attempt to mimic reality based on physical laws and weather observations.

As you can imagine, they are incredibly complex using a grid structure to simulate our global climate environment.

A simulation run on the most powerful computers can take a couple of months.

The world is enormous in size with 123 billion acres, of which 37 billion acres are land. To get a finer sub grid structure which could be very helpful simply overwhelms todays computing capability and would take years to process.

As a result, these models are tuned by the researcher’s judgment because the models can be a poor description of the real world.

His key point is that these models tend to disagree with one another, and the compromise has been to average their results. That seems a bit weak.

A big red flag for Koonin is the models can’t reproduce all the past.

Others raise similar points.  Now you see why I called this blog Energy Quagmire; technical practicality of mostly all renewables and questions on the consequences of global warming have got us in a bog.

The more we focus on objectivity, the quicker we can get out of this bog.

Foremost, let’s clearly address the issues that people like Koonin raise on assessing the climate data and projected consequences.

We also need more thoughtful balance of the risks and rewards of pursuing different courses. Let’s get more serious dialogue on other energy sources such as nuclear and green hydrogen.

Let’s discuss the advances in usage of fossil fuels to reduce carbon dioxide emissions. Let’s fully understand the opportunities of CO2 sequestration and similar removal technologies. Let’s consider the more complex issues and tradeoffs of economic security and national security along with environmental security. And let’s be careful in the overhyping wind and solar as our only energy sources for the future with a little pragmatism.

1 thought on “Understanding the Energy Quagmire”