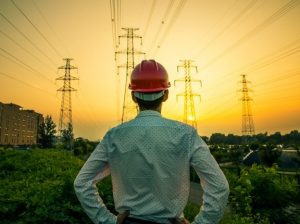 As the Russia/Ukraine war escalates, oil and gas are really back in the spotlight. The rise in our gasoline prices largely driven by national policy to reduce the use of fossil fuels is now being exacerbated by the ramifications of this Russia/Ukraine conflict on worldwide oil prices.

I had mentioned this in my recent blog on “Understanding the Energy Quagmire.” That article was driven by developing a presentation for the IPAA’s Energy Workforce Energy Education Center in September of last year. The presentation was entitled “Energy Economics/Geopolitics” for students in their Exploring Energy Program.

One of the slides was based on my thoughts around US Energy Security as shown below.

There are a lot of strategic insights that go into understanding energy security for policymakers.  A thoughtful balance among the three components can avoid the unintentional dysfunctions of a more singular focus on one.  Current US policy has centered on Environmental Security for reasons constantly articulated.  As highlighted in Understanding the Energy Quagmire, I suggested “Let’s consider the more complex issues and tradeoffs of economic security and national security along with environmental security.”

In that spirit, I thought it worthwhile to share my comments made in that presentation to those high school students in the Exploring Energy Program in discussing the slide above.

To set the stage for the future, let’s begin by looking at the concept of energy security.

As you can see on the diagram above, there are three components with the first being economic security.

We would like to maintain or improve our standard of living.

That means energy must be affordable, readily available, and not globally disadvantaged. And we do not want to be overly dependent on other countries.

Globally, remember the significant poverty level where developing countries need to build their energy systems to improve their standard of living. That global poverty concerns many Americans too.

The second consideration is national security.  That is not talked much about these days in terms of energy but should be.

National security is fundamental given the United States’ role in the world with the balance of power.

It’s unfortunate but a troublesome reality of the continual global conflicts with even two world wars in the last century alone.

Since World War II, Russia has been an adversary with its focus on being a nuclear superpower.

China is building up its military capability on all fronts and already has the largest navy.

Should there be an all-out nuclear war sometime in the future, then the devastation is clear, and not much else to talk about for humanity.

As Einstein said, if there is a World War IV, it will be fought with sticks and stones.

Most think that is unlikely because of the deterrence programs and the threat of mutual annihilation.

Should there be a future war, it would include new domains like space and cyber-space.  We are already seeing activity in cyber-space.

Like world wars of the past, the other domains of land, sea, and air are likely to be included in the fighting.

If that is so, then transportation fuels will be essential, and petroleum would likely play a major strategic role as it did with past world wars.

With the current state of affairs, it’s hard to see electric vehicles or airplanes playing a dominant role in military operations without major innovations.

Petroleum has a natural advantage as it is more transportable and has a higher energy density.

The third component is environmental security.  The last century was focused on air and water pollution primarily and significant progress was made here in the United States.

Today, the big global issue is reducing the risk of adverse climate change.

Prominent people like Al Gore have forecasted a doom’s day picture unless drastic action is taken.

The call for net-zero CO2 emissions by 2050 would radically change the energy landscape and require trillions of dollars in investment. It is a monumental task.

There is little dissent that the climate is warming, and mankind has played a role. There are differing opinions on how catastrophic it may be.

As you can imagine, balancing these three energy security components is a difficult equation to solve particularly given geopolitical consequences.”