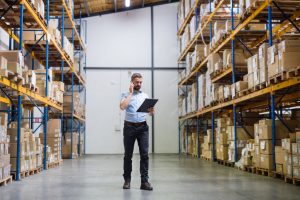 The Silver Fox Advisor Client is the Owner of an importing business which is supplying brass, aluminum and garden products that are made in Turkey, Germany, the Philippines and other countries to domestic outlets. The Owner was recently divorced.

The major problems included: over bought inventory; too much capital tied up in security deposits for foreign shipments; an SBA loan was in default; and many payments in warehouse notes were in default with no plan of recovery. The Owner had contacted a bankruptcy attorney and planned to file within the week.

The first item of business was to create some working capital by discounting sales for immediate cash and placing the receivables on a more current basis. After several meetings with the bank and the SBA, it was agreed to restructure the loan. The Owner then went to the lien holder on the warehouse and explained the plan and paid interest only for six months.

The next step was to buy out the $400,000 of payables for about 30 cents on the dollar. The Silver Fox Advisor took over the spending and payables. At this point, the ordering of any goods that required cash deposits for delivery were stopped. The warehouse was cleaned up and made ready for sale and placed on the market. The sale of the warehouse and the sell-down of the inventory cleared the SBA loan. At this point the Owner moved into a much smaller leased warehouse and took only orders that could be shipped in direct container lots. Presently, the Owner has a stock/saving account of about $500,000 dollars and is conducting business with adequate working capital.

Silver Fox Advisors were used successfully in the negotiations with the SBA and the buyout of the payables without which the Owner would not have been able to recover. Some hard decisions had to be made with the Owner resisting on some of the items. The basic problem with this type of situation is in changing the mind-set of the Company Owners. In most cases, the Silver Fox Advisor finds that it takes several meetings to get all of the problems out in the open and sometimes the Silver Fox Advisor is hit with some real surprises because the Owner(s) are in denial or so embarrassed that they have made bad decisions and do not want to talk about them.

Owners must understand that Silver Fox Advisors are trusted friends as well as advisors and confidants.