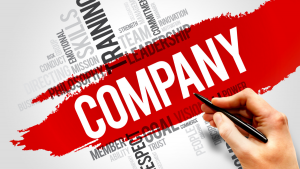 A colleague of mine at Royal/Dutch Shell, Arie de Geus wrote a book called The Living Company Habits for survival in a turbulent business environment.

He contended through his work that a central attribute of companies with long lives was a sensitivity to the environment with the ability to learn and adapt.  De Gues highlighted several other attributes that contribute to a long company life, which will be discussed later.

In my recent of blog on February 23, 2021 describing the world of accelerating and chaotic change, leadership agility was advocated as a competency every leader should learn.

The main purpose of this blog is to say that will not be enough for your company.  If you want your company to survive without a premature death, then you need to build a learning organization.

What are some of the attributes of a learning organization?

My tutelage on learning organizations came from a consultant Shell used, Peter Senge, who wrote The Fifth Discipline The Art & Practice of The Learning Organization.

In my opinion, living systems tend to follow the proverbial S shape curve because of their learning ability.

As time progresses, this learning growth slows as the focus shifts inward towards maintaining all this structure of perceptions, beliefs, values, processes, procedures, mental models and so forth.  As Senge aptly points out in his book, “Today’s problems come from yesterday’s ‘solutions’” (page 57)

Eventually, the growth and learning plateaus, that is, unless there are interventions.

As a “living” entity, what can a company do to become a learning organization to combat the natural inertia from the past?

One is tolerance both within and outside the entity itself.  Another way of thinking about this habit is valuing diversity of thoughts.

It’s more than inclusion. The organization needs to seek out understanding of these diverse views. In this respect, the diverse views involve differences from the current modus operandi of the company.

Understanding does not imply immediate change. Many diverse views will not make sense for the company to pursue.  But an arbitrary discounting of such ideas becomes deadly in this rapidly changing world.

This may sound contradictory to diversity.  Quite the contrary, the persona must be built around this burning desire to learn from one another.

As Senge describes, your people need to be lifelong learners.

Thus, the concept of a learning organization needs to be built into the stated company values.

The organization needs to celebrate renewal efforts and achievements.

Learning must become fundamental to the culture.

Peter Senge advocates that systems thinking is a key discipline of learning organizations.  I clearly agree.

When I received my master’s degree in management science, systems thinking was a cornerstone, but you don’t hear as much about it today.

It is all about seeing the big picture in a wholistic way looking at the various relationships and factors that bring about your outcomes.

As entities build structures on how things work, there become a lot of parts and sub processes which bogs down learning as the focus is on the trees and not the forest.

This is not to say that continuous improvement programs should be scrapped.  They are one of the “structures” that should be imbedded in a learning organization.

The major shifts and transformations occur at the wholistic system level of a company.

Learning organizations need to imbed vehicles to periodically look at the big picture or when alarms are sounded from external sensing systems.

System audits should ask from the internal side, “What ground-breaking change could we do differently that would have a magnitude improvement on our outcomes?”

From an external perspective, system audits should look at competitors but also pace setting companies who have made major transformations.

Obviously, scanning for new technologies and how they could redesign the way your company operates is another part of a systems audit.

Then there are also major environmental events like COVID 19 that should trigger a systems audit.

Another Shell consultant back in the 1990s was Ichak Adizes who taught us about corporate lifecycles.  He authored a book called CORPORATE LIFEcYcLES How and Why Corporations Die and What to Do About It.

Adizes described to us the growing and aging process a company goes through and outlined some characteristics of growing companies versus aging companies.

A couple of these characteristics really struck me.

Relating to this last point, he talked about the importance of culture with the two dimensions of flexibility and control.

My big takeaway was a learning culture can expand the shape and timing of a company’s S curve through maintaining flexibility.  Today, that is called agility. It needs to be part of the organization’s fabric.

Beyond that, there are times in the life cycle when systems thinking can bring about a major transformation in the business model.

In essence, the company layers on a new S curve.  The key is to jump onto the next S wave before it is too late.

When this structural competency is developed in an organization, the life cycle can be extensively extended by having multiple layers of S curves.

Adding Learners to your Company

The last “learning structure” that I want to recommend is consciously adding learners to your company.

Bringing diversity of thought, perspective, and backgrounds as previously discussed is important for your hiring process and something you have likely already included.

My suggestion is that you carefully examine potential hires’ willingness to be tolerant of other points of view along with a strong learning desire.

You can’t build a learning culture with a preponderance of people who aren’t learners.

Fortunately, the Millennials are generally curious with an eagerness to develop new skills and learn.

They are also multi-taskers.

I remember one day when I heard a lot of noise from my Millennial daughter’s bedroom.  She had told me she had a lot of homework, so I wanted to check up on the commotion.  It was an incredible sight.

She was sitting with a laptop in her lap but typing on her desktop while watching TV with music blaring away.

When I asked her what she was doing, she answered my homework.

Beyond that, Millennials tend to excel with out of the box thinking and creative problem solving. This will be an important competency skill set in developing the next S shape curve for your company.

Many have high expectations of your company and not afraid to express their views which is what you want in a learning organization.

They are entrepreneurial and not surprising all about technology.

This generation has grown up in a rapidly changing world, so they are receptive to change.

You will need that attitude in your learning organization.

Fortunately, diversity of all forms is natural to them and generally not a divisive issue.

Lastly, you may want to consider a baby boomer (those born between 1946 and 1964) as a mentor to help you build your learning organization.

They have many positive characteristics too including resourcefulness and being mentally focused.

As this generation deals with their Millennial sons and daughter and their grandchildren of the next Generation Alpha, their views of change continue to morph.

Now that they are in a mentor position in their careers, baby boomers can bring a lot of unbiased wisdom having seen it all evolve.

The most basic need of a living system is to survive.  If you have not built-in structures that will foster a learning organization in your company, take some advice from a baby boomer—do so now before it’s too late.

Your company’s survival depends on it.