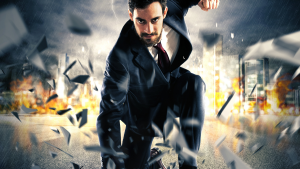 Power and politics are often equated but they are not the same thing although deeply related.

Politics often relates to the influencing strategies and tactics within governments, which are usually quite contentious particularly at the federal level today.

In the American democratic construct, there are two opposing sides trying to gain the upper hand to impose their point of view through vehicles not always healthy for the nation. In many respects, power by its association with politics remains a very dirty word in this 21st century.

Of course, there are still lots of power plays in many organizational settings that are detrimental perpetuating this sinister view of people who use power.

All through my executive career, I always felt that power was this negative dark force never really grasping that it was the interwoven fabric of leadership.

This latter view did not come clear to me until my role change into an executive professor teaching strategic leadership where I had to study more in depth the role of power in leadership.

My intent in this blog is to bring forward some of those insights such that power is seen in a more objective light out in the open. Understanding power as this interwoven fabric of leadership enables you to elevate your leadership capability to a higher level of sophistication.

Now in my role as a leadership mentor, I can really see how the lack of understanding of power often reduces the overall effectiveness of a leader.

There was a fair amount written on power when organizations were more hierarchical and leaders more autocratic. But power does not go away just because today’s organizational structures are flatter. It is worth a deeper understanding.

The Flow of Organizational Energy

My view is that power controls the flow of energy in an entity whether a work group, large organization, company, government or even a society.

With this perspective, it becomes clear that power is the interwoven fabric of leadership since the essence of leadership involves influencing people to follow a direction or path that will create a flow of organizational energy.

On this positive side, the levers of power can unleash motivation, enhance productivity, and increase value generation.

What is important for a leader is to recognize that power can expand this flow of energy or reduce the flow. It can gather momentum in a direction, or different flows of energy can run smack dab into each other diffusing and even stopping the overall flow.

The key for a leader is understanding the various controls of organizational energy. They really break down into two categories: formal and informal.

In a business setting, the formal controls are the legitimate authorities the organization bestows upon a position such as supervisor, manager, or executive. For a small business, the power resides primarily with the owner or CEO.

In the end of the day, these authorities provide the ability to reward or punish.

While the formal control mechanisms are much more direct, the nature of the influence tends to be extrinsic. This translates into focusing on lower-level needs such as security in the sense of keeping one’s job.

Unfortunately, often the flow of energy in formal controls stems from obedience rather than a natural flow driven by belief in the directional pathway.

The solution for positive energy is to get people are engaged and believe in the vision.

Informal control mechanisms derive from the compelling attributes of an advocated direction.

The literature gets into concepts like referent power where the leader is trusted and respected, or associate power based upon who you know and who knows you.

Expert power can be very compelling as it is based on highly valued knowledge and skills. A derivative of expert is the power of one’s vision and ideas.

An important point that I often argue is that a leader does not have to be a manager (i.e. the CEO for a small business).

As Rosabeth Moss Kanter has pointed out there are various strategies to enhance one’s informal influence.

The leader needs to be there and have a presence which leads to the power of speaking out, putting one’s ideas into the organizational conversation.

This last point is quite potent. Power is not isolated to an individual.

Teams, coalitions, cliques, large subgroups, etc. can exert substantial control over the flow of energy in an organization.

Informal power often comes from thoughtfully influencing and organizing teams, coalitions, and so forth. As mentioned previously, referent power is a source of forming these coalitions.

The sophisticated leader needs to understand that any organization can have conflicts relative to the flow of energy.

The leader needs to think through the different styles of addressing these conflicts. Too often the unsophisticated leader ends up avoiding the conflict seeing it as that dark force.

In such cases, those with significant formal authorities often win through domination.

Sometimes that is needed to right the ship, but often domination builds pent up negative organizational energy that has lasting impact.

Compromise has its place particularly to minimize loses. Sometimes the fight is not beneficial and that can lead to accommodation. In this case, the more powerful style is pursuing collaboration seeking a solution of mutual benefit.

Many times, the opportunity is to build up the energy flow of the organization.

A leader should intelligently consider the different power control options given the situation.

All the basics of leadership come into play such as understanding people’s needs and the value proposition the leader is offering them. What are the potential outcomes and which choices will enhance the overall flow of organizational energy?

Thus, as Pfeffer points out “An important source of power is the match between style, skill, and capacities, and what is required by the situation.”[iv]

This leads us to reinforce strength-based leadership that we have discussed in prior blogs. Leadership can and should flow to where the strengths reside to enhance this energy flow.

The important point here is that those possessing leadership strengths change based on the situation. For those with formal authorities, delegation becomes an effective control tool to tap into these strengths within his/her team.

Having this deeper understanding of power can truly enhance the effectiveness of a leader.

Power Can Be Destructive

At the same time, a lack of understanding of the appropriate use of power can impede organizational effectiveness. When power is used in a narcissistic fashion it destroys organizational energy.

The leader with formal controls must address devious tactics seen under his/her purview.

Infighting can lead to very sinister behavior like taking no prisoners.

Those who try to divide and conquer also destroy organizational energy. It can be as subtle as excluding the opposition in the organizational discussions.

Certainly, any leader that is destroying organization effectiveness for their own personal gain must be dealt with quickly.

Learning is always critical for a leader. Ultimately, one can develop individual attributes that will become sources of power.

Certainly, focus is a key attribute that leads to developing potent directional pathways. Not everyone will agree with your direction, so having a sensitivity to others provides a foundation to tolerate conflict and effectively deal with it.

This will require some flexibility that in many cases may require submerging one’s ego and getting along. As previously noted, persistence can be quite effective, which requires energy and physical stamina.[vi]

Leaders are distinguished by their desire to create and build something of value with a heartfelt interest in helping others. It is a continuous process of learning and acting.

In summary, power is the interwoven fabric that enables the leader to influence and build the necessary organizational energy to create and build value for the various constituencies.

You should embrace power being fully cognizant that used unwisely it can be abusive to your organization.