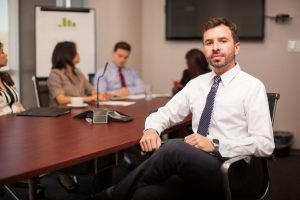 Robert Greenleaf’s ideas on Servant Leadership have gained quite a group of dedicated followers since the publication of his essay in 1970. He articulated, “It begins with the natural feeling that one wants to serve, to serve first.  Then conscious choice brings one to aspire to lead.  That person is sharply different from the one who is leader first, perhaps because of the need to assuage and unusual power drive or to acquire material possessions.” While the foundation of his ideas is very sound advice on leadership, Servant Leadership has not become the pervasive mainstream theory of leadership.  Why is this so and can his foresight be leveraged with additional insights?

Here are some thoughts for you to ponder that hopefully will be fruitful in leveraging Servant Leadership into our practical day to day world of business.

The contrast to a servant leader by Greenleaf is a leader being driven by power and material possessions.  This line of thinking would have been natural at the time as the prevailing autocratic model of management was indeed driven by power and authority. That model was under challenge particularly in the 1960s from insightful thinkers such as Douglas McGregor’s Theory X and Y, Rensis Likert’s work on the performance of different leadership styles, Blake and Mouton’s managerial grid and so forth that we discussed in my blog on The People side of Leadership.

Unfortunately, Greenleaf’s depiction of leadership becomes obfuscated without a clear distinction between managers and leaders. I addressed that in a previous blog Manager vs Leaders. In essence, a manager has a position of authority and responsibility within the organization that involves making decisions such as setting plans and budgets, organizing and staffing, controlling through accountabilities and so forth.  Leaders quite simply have followers on where they are going.

Greenleaf does not explicitly discuss managers; however, he implicitly intertwines the functioning of institutions and “the system” with leadership insights in his essay. This is not surprising as too often managers and leaders are equated with HR vernacular like “she was promoted to a leadership position.”

The idea of assigned leadership is still prevalent in modern leadership theory.  In my opinion, this misrepresents the actions of followers.  An employee may obey a manager’s direction.  That is different than followers who want to follow.

When Greenleaf talks about an unusual power drive or material possessions that too gets all intermingled with the role of a manager with little to do about leadership.  Managers because of their role in the organization make more money than the employees working for them and the position has inherent power which in many respects depicts the leadership contrast Greenleaf presents.  But unfortunately, that tells us little about the manager’s leadership ability. Greenleaf’s alternative in many respects is a false alternative to Servant Leadership because someone focused entirely on “me” being driven by power and purely self-interest will not be a leader.  Leadership requires a “we” not a “me” mindset.

Leadership requires more than one.  The leader must persuade someone to follow their advocated vision, goal, or simply direction. For someone to follow, their needs must be met in some meaningful way of value to them. The direction should include a common goal. There must be a form of a value proposition that motivates or better inspires them to follow that direction.  Thus, the leader’s mindset must shift from “me” to “we.”  The leader must serve the needs of followers.  As many authors suggest this leads to some form of collaboration.  If that direction and collaboration achieves meaningful results, then the followership is strengthened.    It is a natural process.  There is no need for the leader to have a position of authority in the organization or institution in Greenleaf’s vernacular.  Anyone can be a leader at any point in time.

Managers Need to be Leaders

In pursuing the leader’s advocated direction, the leader has needs that are met in some meaningful way as well.  Thus, the foundation of leadership is that mutual benefit is naturally derived for both the leader and the follower. In essence, leader and follower are serving one another.

Clearly, a manager is in a hugely attractive position to provide leadership because of their designated authority to direct.  If the advocated direction is seen to provide meaningful value to the employee, then following can occur naturally, and there is mutual benefit derived by both parties.  But for that to happen, the manager must be reaching out to employees and get them engaged and aligned with the direction. When this occurs, then indeed a manager can be a leader and, in the process, unleash inspired motivation from employees because the direction aligns with their higher-level needs.

Some may argue that leadership is not about “we” but rather about strictly serving the other person.  This is not really a discussion about leadership as leaders have followers.  Serving may or may not lead to following. There are many ways to get others to follow you.  One of the strongest is to develop them, get them engaged and guide them in the pursuit of their personal purpose.  In the case of managers, developing employees is a key responsibility.  A centerpiece of people development is serving, coaching, guiding, and mentoring others.

What Greenleaf advocates is core to being a leader.  The leader must understand the needs of people in order to provide a direction that will meaningfully fulfill their needs through value propositions. Leaders dedicate themselves to fulfilling value propositions.

Still, the manager and hopefully leader has other stakeholders.  There are many stakeholders that must be considered in a business enterprise including investors/banks, the relevant community, and so forth.    It is not simply the employees accountable to the manager even though they are crucial to success.  Practically there are tradeoffs in vision, goals, and directions for the various constituencies. Thus, the reality is more complex than simply one on one relationships of manager and employee.

In serving to fulfill other’s needs, the manager/leader’s needs will also come into play which leads to the centerpiece of achieving mutual benefit.  Mutual benefit lends itself to adaptability depending on the situation with various people shifting in and out of the leadership role (not managerial role) as appropriate depending on their relative strengths, capabilities, and foresight. 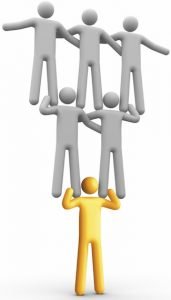 Thus, there is mutual support serving one another to achieve the greatest benefit for all.  This is the nature of teamwork and collaboration.  Leadership is very much like a team sport where everyone wins.  In Greenleaf’s essay the leader’s role is much more static with less dynamism than required in our fast paced always changing world today.

Without this concept of mutual benefit and its derivative teamwork, people in managerial roles find it challenging to pursue only a servant leader mentality.  For example, companies stay in business because they provide a meaningful value proposition to their targeted customers.  In that respect, successful companies serve the customer just as leaders serve their followers.

The term servant can get in the way as well for managers even though there are interesting philosophical underpinnings in Greenleaf’s essay. No one needs to be a true “servant” to a master. The humbleness and will to serve are terrific traits of leaders. Tom Collins found this in his book Good to Great: Why some Companies Make the Leap and Others Don’t. But for many the term servant seems demeaning.

Transcending to a more comprehensive state of mutual benefit with a “we” mentality, collaboration, engaging value propositions across the board, teamwork leading to successful outcomes more readily lends itself for managers to become leaders.  The positive momentum of a company grows enormously when managers become leaders too, which is why organizations spend so much time and money on leadership development programs. When managers become leaders, they can unleash the motivational potential of their employees and correspondingly significantly increase the performance of the organization. Remember that people follow success.

2 thoughts on “Reflections on Servant Leadership”