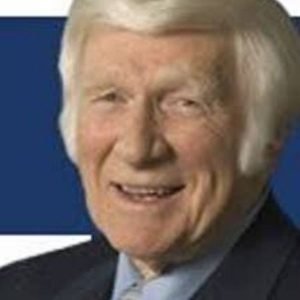 It is with heavy hearts we announce the passing of one of the Silver Fox Advisors founding members, Bill Spitz.

Bill was a leader’s leader, a mentor’s mentor. He led by example is all that he accomplished.

There is a chapter in Hank Moore’s “The Big Picture of Business, Book 3” that best describe’s Bill’s impact. To quote Hank’s book:

One of my most respected friends and colleagues is Bill Spitz. He embodies the concept of business mentoring. He created mentoring programs and set standards for many others who have guided successful businesses.

Bill Spitz founded and ran for more than 40 years Big State Pest Control, the largest independent pest control business in the Southwest. He merged this business with Waste Management Inc., the largest firm of its kind in the world. He served as President of the National Pest Management Association and was elected into its Hall of Fame, recognized for contributions to the professionalism of the industry.

Bill served as the first Adjunct Professor at the Hilton School for Hotel and Restaurant Management at the University of Houston. He served as president of Silver Fox Advisors, a business think tank.

He has a long track record of speaking, mentoring, and providing business consultation throughout the U.S. under the umbrella Peak Performance. Bill Spitz helped business executives reach their full potential, maximize profitability and return on their investment as an advisor, coach, mentor, and sounding board.

Bill himself was the product of mentorship. He knew full well the value of getting the best advice, applying the mentorship teachings to his own business, and then sharing the valuable ideas with others. Mr. Spitz discussed customer loyalty, the costs of building repeat business and strategies to keep customers who are happy and who refer others. He successfully practiced and championed customer focused management.

In 1990, he began coordinating a CEO roundtable for the Greater Houston Partnership, bringing in Silver Fox members and other mentors to strengthen this valuable program. In later years, the Silver Foxes expanded the roundtable program.

In training and energizing other mentors, Mr. Spitz addressed the critical elements for constructing mentoring programs that produce high-performing results. The practical use of stories and real-world examples illustrate key concepts, keeping members engaged and participating.

Thank you Bill Spitz for your dedicated service and influence that will last for generations to come.

1 thought on “Remembering the Mentor’s Mentor”