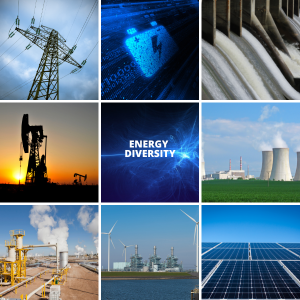 With average gasoline prices in the United States passing $5 per gallon this month for the first time ever, energy has really captured the headlines showcasing the very real impact on many people’s pocketbooks and way of life. This has reenergized the dialogue and debate over oil’s usage, the primary feedstock for gasoline, and politically the need to switch more quickly to wind and solar.

Unfortunately, our modern information world of cable news, twitter, and other forms of media showcases unbalanced snippets.  Having spent my career in the energy industry, over the years I have found it rather appalling at the naivete and lack of depth of understanding for such a complex energy/environmental system that fundamentally powers our standard of living.

In my blog of October 25, 2021, on Understanding the Energy Quagmire, the focus was on climate change highlighting the issues around renewable energy and fossil fuels.  My overall conclusion was we needed a more thoughtful balance of the risks and rewards of different courses.

Then in my blog of March 4, 2022, we looked at the concept of energy security being made up of economic security, national security, and environmental security. In other words, energy security plays a major role in the other three primary securities which are central to daily living. Today, we are seeing the impact on economic security which doesn’t receive much attention until energy prices rise significantly.  In the blog, I referenced a presentation that I had given in August of 2021 before Russians invasion of Ukraine.  I made the point in that presentation that we were underplaying the role of energy security in terms of its potential impact on national security, in other words, a lack of balance and foresight.  The Russia/Ukraine war has brought this reality to the forefront.

Today, I received an e-mail from Scott Tinker, Director, Bureau of Economic Geology & State Geologist of Texas who is a Professor at the University of Texas.  I met Scott through my role at the University of Houston’s Global Energy Management Institute at the Bauer College, and my leadership role in the GHP’s Energy Collaborative.  He is incredibly knowledgeable and insightful on the energy/environment complexities and recently produced a YouTube video entitled TEDx-The Dual Challenge: Energy and Environment.

Scott really addresses the bigger energy picture in a balanced way. He has requested us to share this 17-minute video with friends, colleagues, and social networks.  It will give you much greater insight into the big picture reality of energy beyond simple snapshots through the media.  Please listen to his insight: